I woke in a cloud and didn’t want to get up so searched the internet and then realized: oh shit, I need to get my act together and send stuff to Kennedy Meadows, which I will be approaching in approximately 3 weeks (!!!)

I got up and hiking on my own, but everyone quickly passed me – I had no energy because I didn’t eat dinner. I stopped at the first flat spot, about a mile in, and ate some chicken noodle soup now that it wasn’t so windy. My dad had brought it to me in Big Bear but I’d almost not packed it, now I was glad I had – it saved my hike. It was a mistake not bringing enough salty snacks, I’ve been craving them like crazy, more than sweet treats. It’s hard to keep up with how my tastes change. Things that I like the best (Snickers) become something I absolutely don’t want to eat.

It was windy all day, which was a little annoying but mostly was helpful from keeping the heat from being too hot. The first goal of the day was the forest ranger station, about 8 miles from camp. When I got there Tarantino, Mousetrap, Mountain, and Tallboy were sitting in the shade out of the wind in front of the pit toilet. I sat near them and dried out my tent, which was wet from a night of being in a cloud, and got myself a soda which cost a dollar (donated to a group of some kind.) Lynn caught up to me shortly later. I tried to lay down for a bit but the wind made it uncomfortable.

I got going again. I was making pretty good time even though downhill really makes my feet pound. I took a break in the shade when they started to really bother me and people passed me. The spot wasn’t that comfortable so I continued and found a better spot and laid down. After about 15 minutes I was trucking again with a purpose – I was less than 5 miles from the Acton KOA, where I was stopping for the night. In the last mile I met two hikers, Pika and Laundrymat. And when I got there Lynn had bought my camping pass and gave me the run down of where everything was. I went to the camp store and bought some snacks and a frozen pizza and sat and ate and drank a Snapple and a Sprite.

Afterward I set up my tent and took a shower and did laundry for Lynn and I. It makes a big difference to have someone to tag team with – being able to make plans and handle chores with another person. As I waited for the laundry to dry Lynn and Tarantino chatted with me. We were there until about 930 and then went to bed. 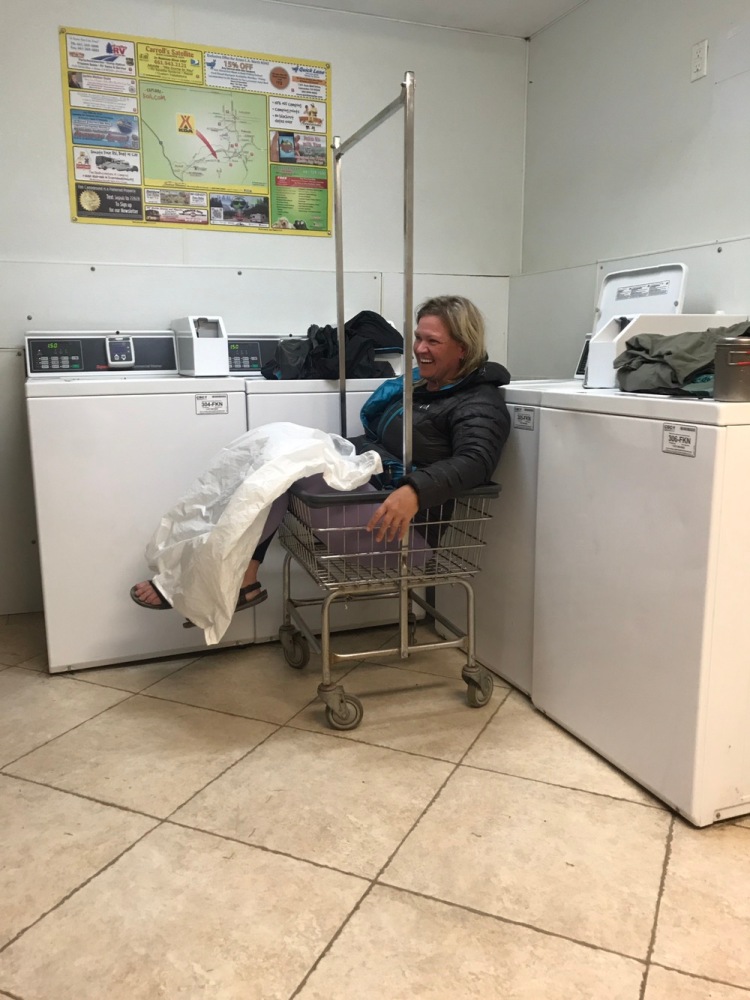 I’m not sure what I’m going to do – am I going to go to REI at Hiker Heaven and try to make my Sierra plans there? Do I order everything online? I’ve got some planning to do.