Started off bright and early at 530 this morning. Our group quickly dispersed. I hiked with Karma and Tommy to start, then Karma got ahead of us, then Tommy and I leapfrogged each other a few times before he powered on ahead of me. The air was cool and breezy and I watched some fog roll in until we were walking in it.

It was a long day of uphill, but I found it surprisingly pleasant. The doctor seems to have been right and my feet are feeling a lot better. It also helped that I cut open the pinky toe area of my shoe with Alpo’s knife.

I spent most of the day hiking alone which was lovely. I like knowing there are people around but being able to totally make my own decisions on breaks and pace and such is what I’m used to. Like at lunch I laid down on my tyvek tarp and pulled my umbrella over my face and took a nap and then woke up and ate a hot meal. 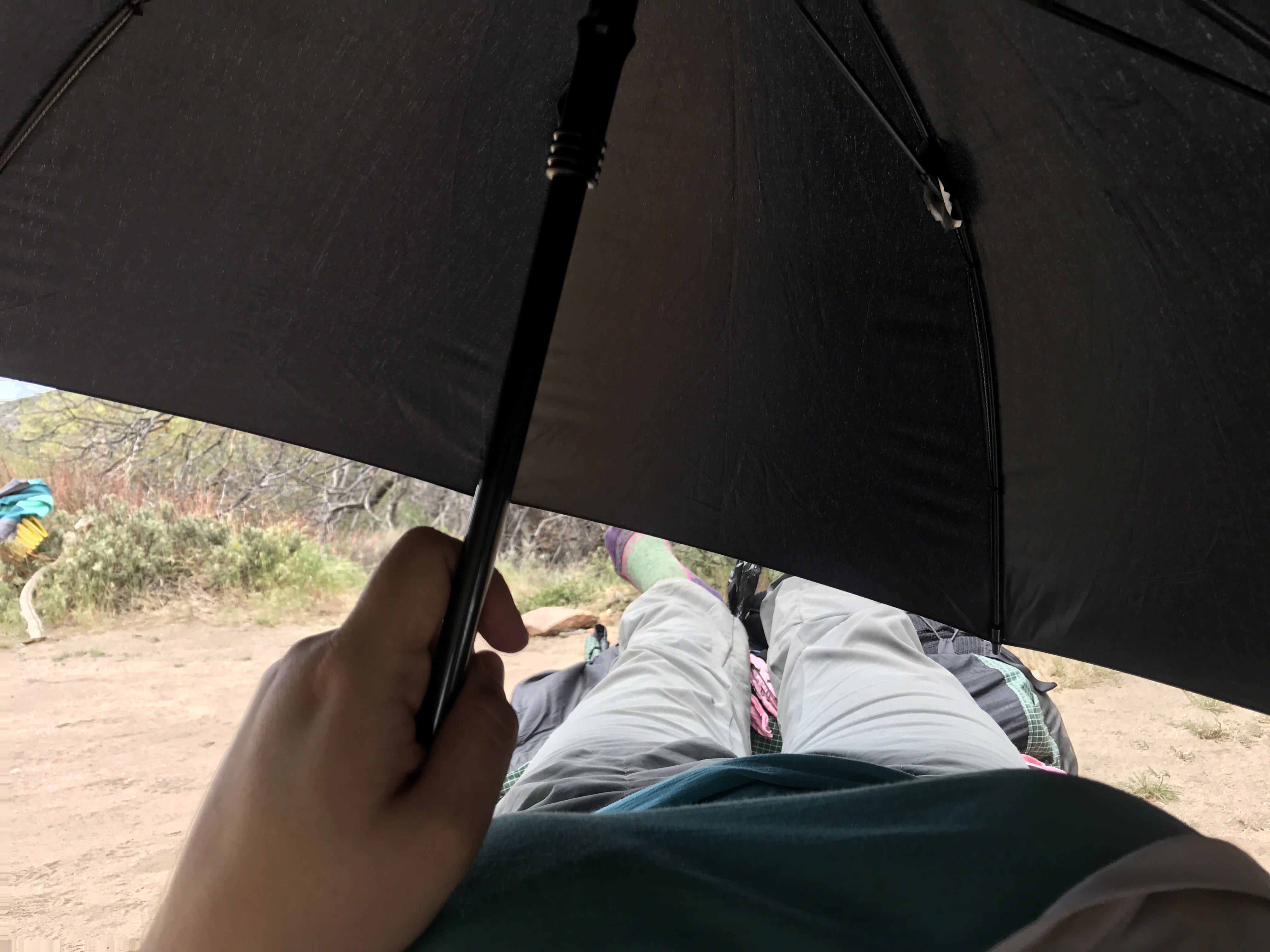 It also means I have fewer stories to tell. But! One of my favorite things about today was that, as I was hiking, I kept seeing little designs made on the trail out of rocks – “U (rock)”, a peace sign, a happy face. I figured someone up the trail had left them days prior for fun, but every time I saw one I felt like it was just for me and it brightened my day.

Cut to when I got to camp later, Karma says, did you see my messages for you? They really were left for me! Thank you Karma!

I saw two snakes, neither of which were rattlers. One slithered away quickly and the other didn’t want to move from his sunny spot, so I had to get closer to it to make it move along.

I got to camp with only some gummy bears and jerky left, which means I planned well as far as food, but also meant I had to high tail it to the store to get food for dinner. That’s right – I hiked from 530 to 430 to make 16 miles. Tenacity over speed.

I should also mention my least favorite part of the trail today – warning, poop talk. So far on trail there doesn’t seem to be any kind of routine or even warning system for bowel movements. Every single poop has been a downright emergency. Today there were two emergencies, and I was walking a ridge line the whole day. Made for some very unpleasant walking. I will think twice before taking spicy pasta from a hiker box again.

Plan for tomorrow isn’t finalized yet, but I think I’m gonna try for a shower and I have other chores to do, so it’ll be a late start for me. It’s supposed to be pretty mellow terrain until Julian. Hopefully my blisters are okay with that. They actually preferred the uphill today.